Leave a comment
By Rihan Cancer, life after cancer

Fertility- or if your mom hadn’t had you then you wouldn’t be around!

When I was in my early 20s I thought that by the age of 26- with or without a husband, I would have already had my first child…hmmm that never happen… but then, I never really was worried, because….hey women have children now in their late 30s early 40s…Fast forward 5 years, and at the tender age of 31, I was given the bombshell, called breast cancer! Not only that, hormones, in particular that pesky hormone estrogone were feeding my cancer…forget any family planning! Mission saving my own fucking life started!

Being so young- cue tilting head- they threw everything at me! Chemotherapy- so long ovaries, radiotherapy, and last but not least hormone therapy, for, just in case my ovaries had decided to rejuvenate after the chemotherapy was over, we would definitely make sure they would not awaken again…welcome monthly injections the size of horse needles to propel you into a state of menopause!

Now this cocktail has kept me cancer free for the last 5 years, yay me!! if you believe statistics there was a 50% chance of this happening… so for once I am on the right side of the statistical band wagon that is carted about when doctors talk about possibilities of survival and reucurence. This cocktail has also kept me, intentionally, menopausal….currently we could argue this is temporary, but, by the time I finish with all this medication, aka in 5 years time, I don’t think this will be oh so temporary anymore…I doubt my ovaries will want to be fired up again at the age of 41! Fuck- that’s old!

In Europe, I kinda had gotten used to the idea of not having kids, it’s culturally acceptable there. It’s not, that I had got used to it per se, however I had decided that as it was something that I could not change, I was not going to let it upset me- hell yeah, I am grown up!! But seriously, I had really started to enjoy seeing my my friends getting married, popping babies, me being able to cuddle them, hug them, play with them, and give them back when they started to cry… and subsequently make my friends with children jealous when they saw me jetting of somewhere exciting, because, well, I do not have any responsibilities… there is a silver lining to everything…if you search long enough!

Fast forward to me currently living in Chad- and it ain’t that easy anymore…I know I am not going to stay here for the rest of my life…but right now the constant questioning of why me, as a 36 year OLD women – me old- are you crazy!! hasn’t got kids yet, is quite literally driving me crazy! Women here are defined by how many kids they have- and of course being married…the more the better, kids, not husbands… it’s only the husbands who can/ should have 4 wives- but that is another story. A women without either, particularly over the age of 30, is not considered a lot here. What have you achieved, if you havnt even been able to have kids? This is a country where women, girls, as young as 13/14 have their first child! Again another story!!

The, I don’t want kids doesn’t work- as they then just throw the-“well if your mom had said that then you wouldn’t be here” right back at me…. The I can’t have kids doesn’t work either- then they throw the “that is in gods hands, miracles can always happen” at me… Sure, I could then say to them, I cannot have children because of having had treatment for breast cancer…which would literally mean, me saying this to every second person, coming along my way- stranger, colleague, business partner, guest, supplier, you name it…. but this would feel like being a bit too open about my private life…and that I just am not able to do…I still want to keep some of Rhyan to myself…and trust me it’s difficult in a country like this! Privacy- what privacy- I will call you at 2 am- to see how you are…hell no!

But even if I told everyone, would they understand? Breast cancer exists in Chad. But in a country where life expectancy is 54 years, 1 in 5 children will die before the age of 5 due to preventable diseases, like diareah or respitory infections, malnutrition or malaria, and around 40% of the population is suffering from malnutrition, breast cancer suddenly becomes a very “white womens'” disease. (Although of course this does not mean we should not talk about it- we should…it just looses its significance in comparison…) And, takinging the medical situation here into consideration, I hardly think that the hardship of treatment, and the consequences this has had on my mind and my fertility, really will play on anybodies mind here, as an explanation to why I do not have kids. It is rather a, well, you are lucky to live in a world where you have access to doctors and medicine, without having to sell your own grandmother – you are alive now aren’t you? Go and stop feeling sorry for yourself, and get going with having kids. This is the response which will be given to me. And I can understand them! We are so fucking lucky!! (In the grand scheme of things- not that having cancer was ever part of being lucky…but this is where it gets complicated…)

What I am trying to get at in this post is, that I have actually not yet gotten to terms with not being able to have children. European culture just allowed me to pretend that I was way happier being the independent, strong women I am. African culture has brought to the surface this loss, and I am forced to be confront with it nearly every single day. I see my friends getting pregnant here, and it’s a whole different ball game, it’s friends that didn’t plan on getting pregnant, and I see them and think, I wish that was me…but unless some divine miracle happens, it doesn’t look like that will ever be me. Maybe one day I will truly be able to burry this loss. Maybe, one day, I will decide to adopt, let’s see! And if I do, I want it to be a child, no a girl, that would not have had any chances to make anything out of themselves! Because if I adopt, at least the life of two people would have been changed then…for the better! But for the moment, I am not quite there yet! And I will continue being strong, independent Rhyan!

Sponsor my Berlin Half Marathon in aid of CoppaFeel!

My big run for the amazing charity CoppaFeel!March 30, 2014
The big day is here. 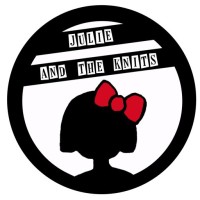 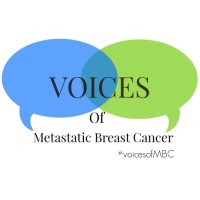 An Expat Mama's Adventures From Africa And Beyond

#voicesofMBC - A social media campaign to be seen and heard